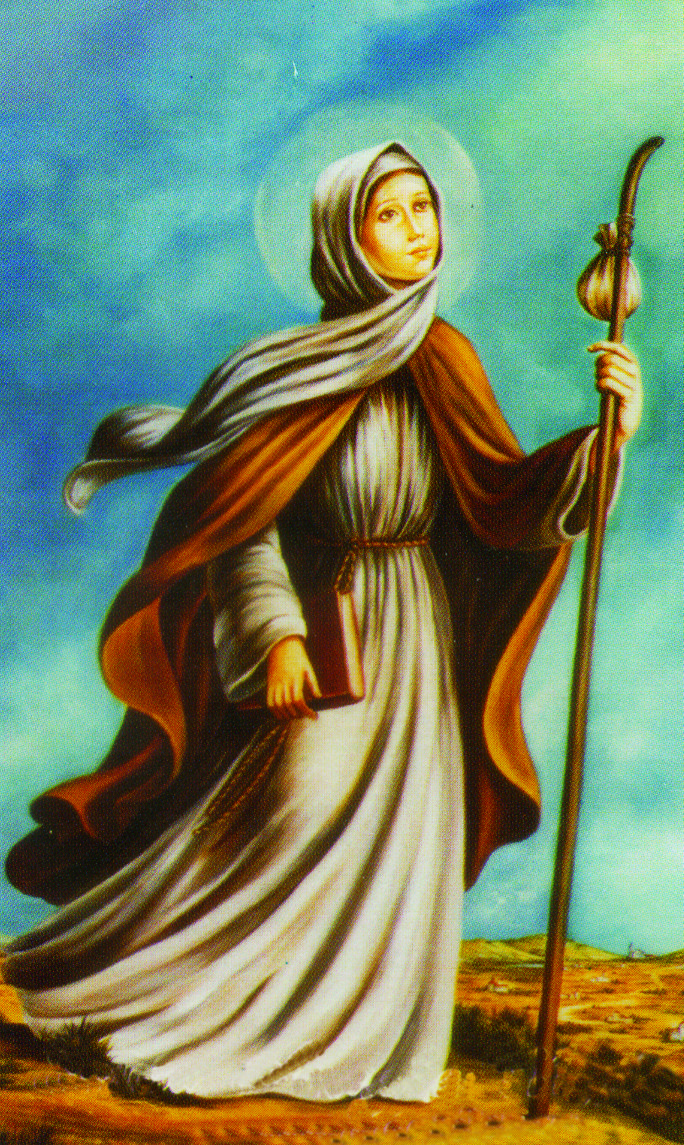 St. Angela Merici founded the Company of St. Ursula, known today as the Ursulines, in 1535. She was born (1474) and raised in the Lombardi region of Northern Italy near Lake Garda. Angela’s family (mother, father, sister, and brothers) was a close-knit farming family. St. Angela’s father was known to read the story of the Saints to his family. These stories of heroic virtue had an impact on St. Angela’s life of faith. St. Ursula and her mother’s patroness, St. Catherine of Alexandria, held particular importance in Angela’s life.

As Angela aged, her faith was shaped while wrestling with deep grief over the loss of her mother, father, and dear sister within a very short time. A mystical vision of her sister in the care of angels affirmed Jesus’ deep love for Angela and called her to acts of faith. With renewed hope in the promise of salvation through the love of Jesus, she sought the wisdom of local Franciscans. Their spiritual care and education prompted her to become a Third Order Franciscan. Thus began St. Angela’s work caring for the needs of others. 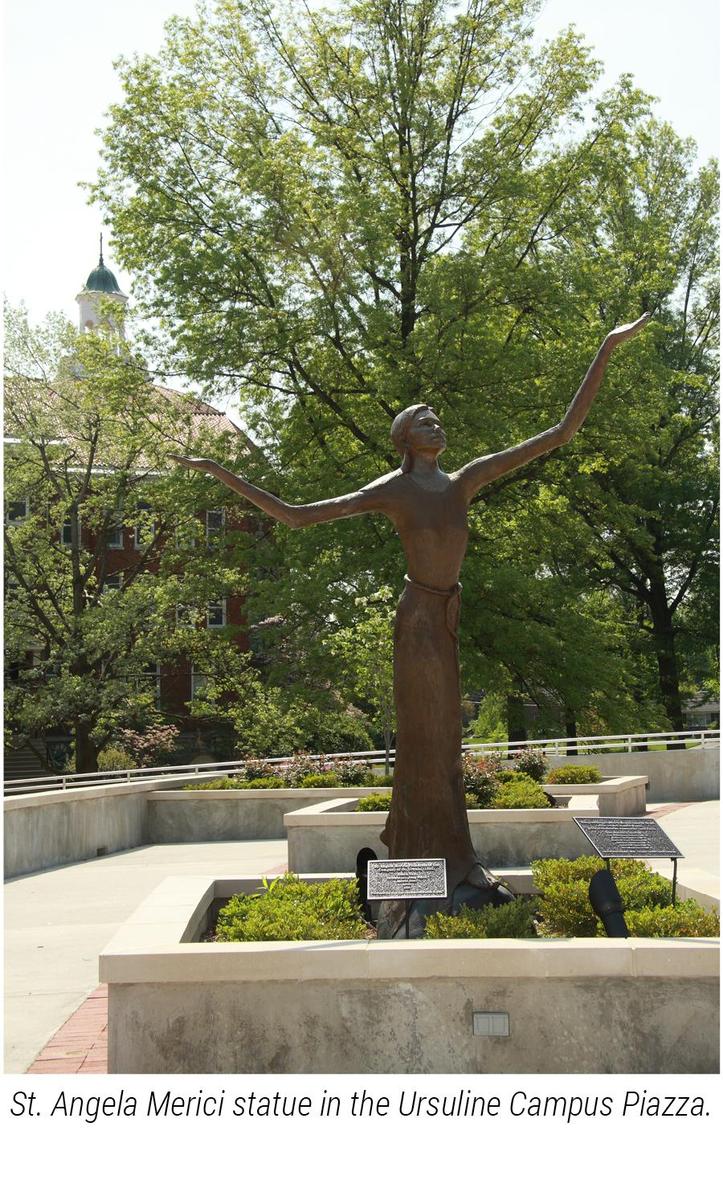 Prompted by the Franciscans, St. Angela moved to Brescia where she became a trusted spiritual advisor for many families in society. Her care for people regardless of their socio-economic status provoked many to seek to understand the love of God in their own lives. Widely known as a spiritual mother to the city of Brescia, St. Angela formed a company of women who felt called to live their devotion to God within the context of their place in society.

The Company of St. Ursula, founded on November 25, 1535 (The Feast of St. Catherine of Alexandria) gave women of Brescia a means to live a committed single life while remaining in service to the secular society. St. Angela’s guidance to her dear sisters in Christ (the Rule, Counsels, and Legacies) brought forward a charism of loving God and serving others. To learn more about St. Angela from the Ursuline Sisters of Louisville, click here.

St Angela's virtues are lived through our articulation our Ursuline Core Values – Reverence, Service, Leadership, Community. She counseled the leaders of her Company “The more you esteem them, the more you will love them; the more you love them, the more you will care for and watch over them. And it will be impossible for you not to cherish them day and night, and to have them all engraved in your heart, one by one, for this is how real love acts and works.” (Prologue to the Counsels). This is our approach at Sacred Heart Schools where each individual is recognized as a person created in the image and likeness of God. Each of us are an integral part of our community who share our God-given gifts for the good of all. 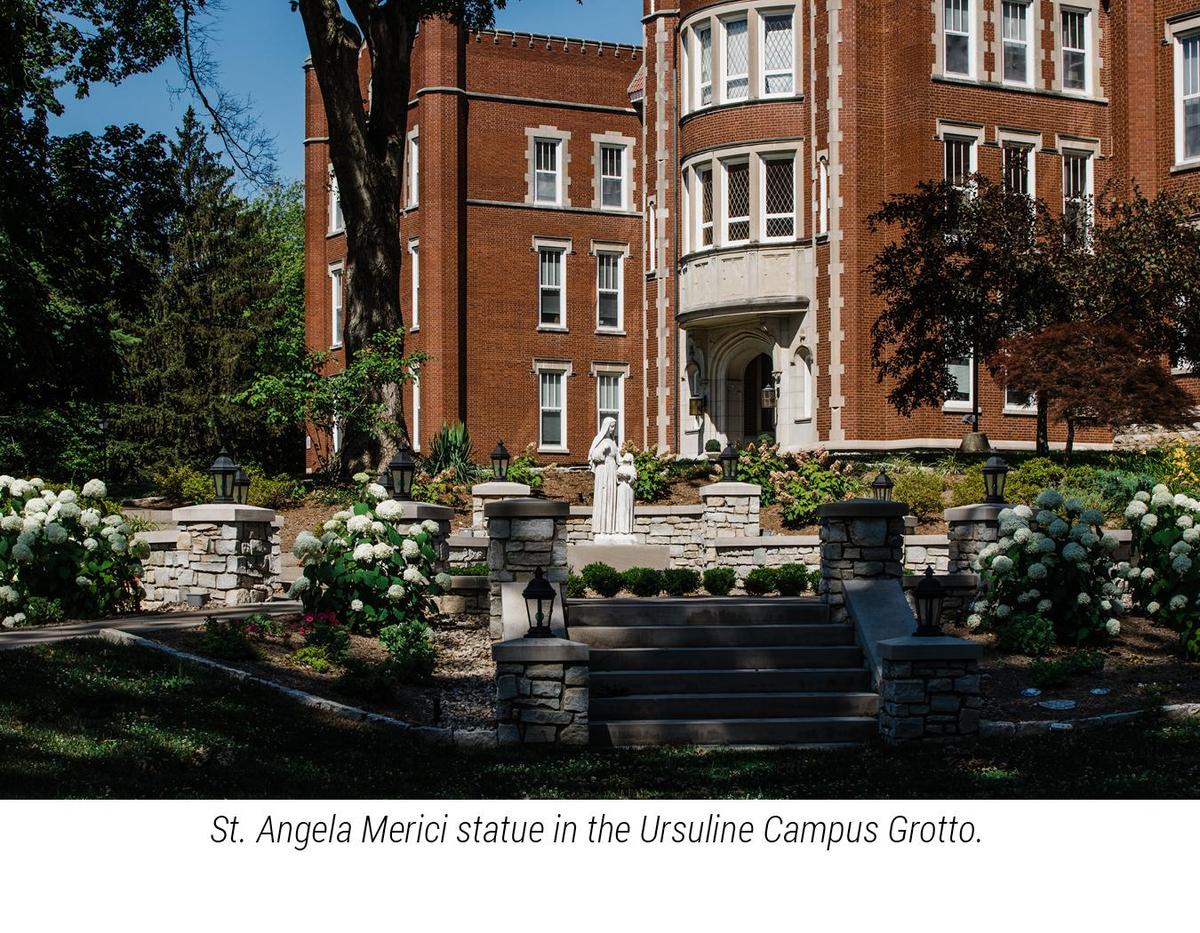